The Numbers are Rising in Children Attempting Suicide 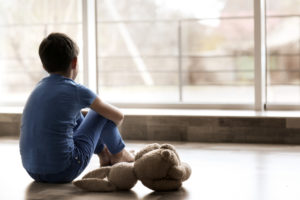 Over the past ten years or so, there has been a significant increase in children and young teens having suicidal thoughts. Doctors are seeing more and more of these children and young teenagers in emergency rooms showing up for anxiety attacks, depressive episodes, and suicidal thoughts, feelings, and attempts. This is even more common during the school year as the kids are feeling the pressure of school as well as suffering from issues related to social anxiety, bullying, peer pressure, and more.

There was a study recently published by the American Academy of Pediatrics found that from 2008 to 2015 children ages 5 years old to 17 years old are being admitted to children’s hospitals for reasons relating to suicide, either suicidal thoughts, feelings, or attempts.

It was found by researchers at Monroe Carell Jr. Children’s Hospital at Vanderbilt that girls are more often attempting suicide than boys are. It was also found that the suicide numbers were higher during the school year and lower during the summer months.

Depression in children should never be taken lightly or dismissed

One of the issues that kids face is that many parents don’t take depression and anxiety in their children seriously. They don’t believe that their child is capable of such dark thoughts or that they would ever even consider suicide. Many children’s parents may notice that symptoms are perhaps present, but not believe that they seem severe enough to seek aid or counsel from a professional. It is very important that parents realize the importance of treating depression and anxiety symptoms regardless of their apparent severity. Treatment doesn’t always mean medicating a child, but the best and the first step should be taking your child to see a child therapist in Carrolton.

Another issue is that although symptoms may not seem “bad enough” to lead to suicidal thoughts or an actual attempt, many times the suicidal attempts are quite impulsive. Children and young teenagers are quite different than adults in that their brains act more often on impulsive thoughts and decisions. This is especially apparent in the younger of the two. It is common that younger children who act impulsively on suicidal thoughts often have suffered from ADHD symptoms as well.

It is extremely important to note that there are many cases of children having suicidal thoughts or taking suicidal actions that come with no symptoms of depression or warning signs at all. It is thought by some pediatricians and child psychiatrists that some younger children may not understand the severity of the consequences and may not truly even understand what they are doing when they engage in suicidal attempts. Another important note to remember is that many times younger children if they do display symptoms, they may not be “typical” symptoms of depression. A large majority of young children suffering from depression or anxiety will act out in bursts of anger and irritability rather than sadness. Other common symptoms of depression in children include going through a change of sleeping and eating patterns, social withdrawal, and/or a lack of engagement in activities they once enjoyed.

The lesson to be taken is that one should never dismiss an off-statement implying death from a child, nor take their depressive symptoms or odd behaviors lightly. If you think your child may be suffering from depression, anxiety, or stress you should act as quickly as possible. The first step in diagnosing and treating depression is typically to take your child to a child counseling center in Carrolton.

What to do next

If you have any questions or would like to schedule an appointment don’t hesitate to contact us today. Here at Lifeworks your child’s health and happiness is our utmost priority. Our trusted and knowledgeable team of experts know the right approaches to take when it comes to things as serious as child-depression. Call us today.