Suicide Impacts All of Those Who Love That Person 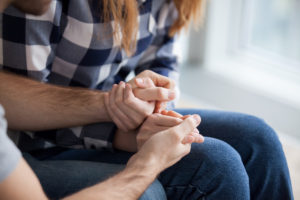 Suicide has been an issue that has plagued our society for centuries. While some cultures have condoned suicide in certain situations (for example, ancient Greece gave people convicted of crimes a chance to take their lives), most societies have condemned the act. Many countries even established criminal law to decrease the rate of suicide, but the effects were minimal.

Suicide does not just impact the individual committing the act. It affects all of those around the person, from friends and family members to even coworkers. Often, these people are left with inconsolable grief. The trauma and loss they experience can be hard to overcome.

These deaths are unlike any other. They are self-inflicted, a choice made by the individual. Pair this with the stigma of suicide and mental illness, and it can be hard to come to terms with what happened. Those who have survived this act need all of the support they can get, which is why International Survivors of Suicide Loss Day was established in 1999.

International Survivors of Suicide Loss Day (also known as Survivor Day) occurs every year on the Saturday before Thanksgiving because the holidays are often hard for survivors. This day exists to promote coming together and supporting those that have lost a loved one to suicide.

Join Lifeworks Counseling Center in celebrating International Survivors of Suicide Loss Day on November 21. If you or someone you love has lost a loved one to suicide, contact our office and let us help.

The History of International Survivors of Suicide Loss Day

As we touched on earlier, suicide has been an issue around the world for centuries. Every culture has tried to decrease suicide rates through various methods. Unfortunately, most efforts have fallen short. Suicide rates have only increased. From 1999 to 2018, the suicide rate in the U.S. has increased by 35%, rising from 10.5 per 100,000 to 14.2.

In 2018, there were 1.4 million suicide attempts and 48,344 suicides in the U.S. Suicide is a global health crisis, leaving millions of people to navigate life after losing a loved one. One such survivor of suicide is former U.S. Senator Harry Reid.

Reid lost his father to suicide in 1972, so the cause has always been close to his heart. In 1999, Senator Reid introduced a resolution to the U.S. Senate. Eventually, this resolution led to the creation of International Survivors of Suicide Loss Day. Survivor Day is a time where survivors and those close to them can come together for healing and support.

Since the holidays are always tough for suicide loss survivors, they determined that Survivor Day would take place on the Saturday before American Thanksgiving. Each year, the American Foundation for Suicide Prevention (AFSP) sponsors International Survivors of Suicide Loss Day by supporting events all around the world. In 2019, 417 events took place across 49 international sites in 26 countries.

Suicide is a sensitive subject for many people. For some, they know little about the topic and only know about the stigma surrounding it. Others are survivors of suicide, having lost a loved one. Unfortunately, suicide is a growing concern in the U.S. and around the world.

To get a better understanding of this issue, here are some essential facts about suicide:

As you can see, suicide is a pressing issue for everyone. For those remaining after suicide, life can become increasingly difficult. These people need love and support to help them heal. That is why International Survivors of Suicide Loss Day exists.

Losing a loved one is never easy, but when that loved one takes their own life, it is shocking and painful. This grief is intense. It can be hard to move forward. Many survivors often blame themselves or wonder what they could’ve done to save their loved ones.

There is no timetable for grief for survivors. Most of them understand that life will never go back to the way it once was. They are looking to adjust to life without their loved one. Survivors often deal with a host of emotions.

Many of them feel shame because of the stigma surrounding suicide, feeling guilty because they couldn’t save their loved one. Survivors feel anger towards their loved one for leaving them, and they feel hurt that they didn’t want to be with them anymore. Often, survivors develop mental health issues of their own, such as depression and post-traumatic stress disorder.

Because of the circumstances, survivors might lie about what happened to their loved one. Even if the cause is known, many people don’t know what to say or do to offer support. However, there are ways you can support survivors.

Above all else, be patient. It might take time for survivors to open up, and that’s okay. Be patient and be there when they are ready.

If you or someone you know has recently lost a loved one to suicide, contact Lifeworks Counseling Center. We are here to help you navigate the grieving process at your own pace. We will do what we can to help you adjust to life after death to live life well again. Join us in coming together this November 21 for International Survivors of Suicide Loss Day to support survivors of suicide.