Suicide Rates are Constantly on the Rise Every Year 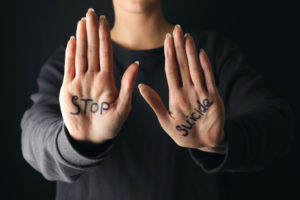 Suicide is becoming a growing health concern in this country. It has become one of the leading causes of death within the United States. Suicidal thoughts do not discriminate. No matter your age, race, socioeconomic status, sexual orientation, or education level, suicidal thoughts can still occur. Unfortunately, the rates of suicide are only increasing. Due to this shocking realization, organizations and people are across the country recognize September as National Suicide Prevention Month.

September is a time for drawing the nation’s attention to the problem that is plaguing our country. It is a time for sharing stories and resources with the hopes of ending the stigma surrounding mental illness. This month is used as a chance to help those who are suffering from mental health issues, been affected personally by suicide, and raise awareness on this taboo topic.

Suicide is often the result of a medical condition going untreated, yet these mental illnesses do not receive the resources and help they deserve. That is why September is National Suicide Prevention Month. Lifeworks Counseling Center and all other organizations across the country hope to reduce the number of deaths every year while educating the public.

Over the years, suicide has continued to grow as a major public health concern. It is defined as death by self-inflicted dangerous behavior with the individual having the intent to die as a result. However, not everyone goes through with their attempt.

A suicide attempt occurs when an individual inflicts an injurious, potentially fatal behavior on themselves with the intent to die. Some don’t always receive any injuries. Suicidal ideation is when an individual thinks about, considers, or even plans their suicide.

Suicidal thoughts begin to occur when someone’s mental health becomes disrupted. Your mental health is characterized as the overall wellness of your mind, including how you think, behave, and feel. Significant trauma or disturbances can greatly disrupt one’s mental health, making it difficult to live their life. This is defined as a mental health disorder, and they can affect your:

In many communities and cultural groups, mental health disorders are considered taboo or are just not recognized. However, that is simply not the case. This way of thinking leads to more suicides.

As we have mentioned previously, suicide has become one of the leading causes of death in America. According to the Center for Disease Control and Prevention (CDC) WISQARS Leading Causes of Death Reports, it currently sits at tenth in causes of death in the U.S., claiming over 47,000 lives in 2017. They also reported that suicides outnumbered homicides by more than double.

The states with the highest suicides rates are:

These rates are much greater than the national average of 14. Interestingly, these states tend to have more rural areas than the rest. This isolation may lead to less access to reliable healthcare. It is estimated that someone attempts suicide every 28 seconds, totally 1.1 million a year.

Mental health disorders do not discriminate. Individuals of every gender, race, and religion can suffer from them. This has shown to be true in the CDC’s research. However, within their research, certain demographics stuck out.

The rates of suicide for both males and females were the highest for American Indian/Alaska Native, Non-Hispanics, 33.6 and 11.0 per 100,000 respectively. White, Non-Hispanic males and females followed in second at 28.2 and 7.9 per 100,000. American Indian/Alaska Native is the smallest ethnic group in the country, yet they still had the highest rates for suicide. This may due to where they live, like rural areas, and their social norms. There is a stigma for mental health issues in many cultures.

Unfortunately, suicide is the 2nd leading cause of death for people aged 15-24. About 8.6% of high schoolers admitted to attempting to suicide, according to a 2015 Youth Risk Behaviors Survey.

The LGBTQ+ community is also at a greater risk of suicide. The National Center for Transgender Equality found in a survey that the transgender suicide rate was nearly nine times greater than the entire population.

There are ways that you can save your loved ones. Reach out to them and talk with those that do suffer from depression or suicidal thoughts. To help you help the ones you care about, it’s important to keep an eye out for signs that may indicate they suffer from a mental health disorder:

If you notice any of these behaviors from your loved one, reach out to them and offer them help. Assure them that they are not alone and that there is no weakness and seeking help. There are countless ways to deal with depression that they can utilize. National Suicide Awareness Month is also about ensuring that those who struggle with suicidal thoughts or other mental illness do not feel alone.

National Suicide Awareness Month exists to spread awareness for one of the country’s leading causes of death. It exists to let those who suffer from a mental health disorder know that they aren’t alone. It allows people to spread stories and resources with the hopes of ending the stigma around mental illness. Lifeworks Counseling Center is here to help anybody who struggles with a mental illness or has been affected by suicide.