The Impact of Mass Shootings 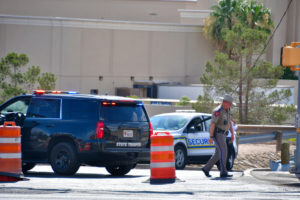 In under a month, the state of Texas was the place of two deadly mass shootings. The first occurred on August 3rd, 2019 at an El Paso Walmart, leaving 22 killed and another 24 injured. The more recent one happened on August 31st in Odessa, Texas. Seven people were killed with 22 others wounded.

These incidents often have lasting effects on those involved. Their survivors are those from nearly every race, religion, gender, socioeconomic status, and any other identifier. Even more jarring is the fact that most of these shootings take place in peaceful places, including schools, churches, theaters, and office buildings.

Most survivors show resilience. However, there are still many who experience long-term mental health struggles after these mass shootings.

Many survivors don’t always experience physical wounds. For those who survive mass shootings, especially those who believed that their lives were in danger, they tend to experience a host of continuous mental health conditions, including anxiety, depression, substance abuse, and post-traumatic stress disorder (PTSD).

According to the National Center for PTSD, nearly 28% of people who have witnessed a mass shooting become the victim of PTSD. Another third of them develop acute stress disorder. The trauma mass shooting survivors suffer from typically leads to higher risks for mental health issues compared to victims of other types of trauma.

A study done by a former Northern Illinois University (NIU) graduate student found that while a majority of survivors showed short-term symptoms, about 12% reported persistent PTSD. That is higher than the average occurrence of the condition in other suffers of trauma.

Survivor’s guilt is often felt by many who managed to leave these shootings with their life. They feel as though they could have done more to save others’ lives. They often question why they survived as opposed to others.

Following the Parkland shootings in February 2018, a year after the Parkland, Florida, shooting that took the lives of 17, two survivors committed suicide within a week of each other. One was a 19-year-old college freshman while the other was a sophomore in high school.

A star basketball player at Columbine took his own life a little over a year after the infamous Columbine Shootings nearly 20 years ago.

These survivors are often plagued with anxiety, depression, fear, flashbacks, and survivor’s guilt well after the incident has occurred, and their physical injuries have healed. They often experience these issues for the rest of their lives, unfortunately.

Mass shootings are great tragedies that not only affect those in attendance, but also the loved ones of the victims. However, there are still many ways that communities and others can help victims heal both physically and mentally.

Psychologists’ research suggests that it is pivotal for communities to ensure that victims feel connected. They should provide them with continuous support whenever it is needed. When a memorial event is held, survivors have an easier time recovering from these events, especially if the memorials are initiated by the community or student body. The feelings of community often contrast the feelings of isolation and shame survivors of individual trauma feel. The process of grief is shared with many, offering survivors a community of supporters and fellow survivors.

For some, individual therapy may work best for them. It often works well when it is paired with a strong feeling of community.

Mass shootings occur far too often. Unfortunately, Texas has become the home of four of the ten most deadly mass shootings in modern American history. These incidents often leave many both physically and mentally scarred. If you or a loved one has been the victim of a mass shooting, counseling has been shown to help. Contact Lifeworks Counseling Center to learn how we can help.