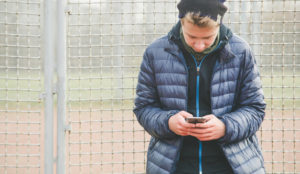 In this vastly improving digital age, social media’s place in the online world has continued to expand, increasing its effects on the internet and on many users. You would be hard pressed to find someone that doesn’t use social media to some extent during their day. In the U.S., roughly 77% of Americans have a profile on one social media platform or another. With so many individuals using social media daily, many researchers and users alike have begun to wonder what effect social media really has on us, especially our mental health.

While many individuals have been quick to demonize social media and its overall effect on its users, these social networking platforms do have their share of benefits.

Social media has presented an area for adolescents to enhance their communication skills and improve their social connections. While they may not be able to interact with each other face to face, they are still able to create new relationships, exchange thoughts and ideas, develop new interests, and experiment with different forms of self-expression. Many use social media as a place to further build on relationships they have created in the real world, sharpening their basic social skills. Because of social medias unique ability to enrich teens lives, stripping them of it may actually hinder their social and cognitive development.

While social media does have its share of pros, many tend to focus on the negative and for good reason. Even though there has not been longitudinal proof that direct causation occurs, there has been plenty of evidence to show there is a correlation between the two. Here are a few ways social media has a negative effect on our mental health:

There was one study conducted by the University of Pennsylvania and published in the Journal of Social and Clinical Psychology that did happen to find actual causation. The researchers asked 140 undergraduate students to either continue using social media normally or to limit their use to only 30 minutes a day. They would track the time spent on their phones to ensure this maximum time was kept. The students filled out questionnaires before and after the experiment so the researchers could better understand their mental health, including anxiety, depression, and loneliness.

Over the three-week period, those with limited social media use reported that they felt less lonely and depressed than before the experiment. However, both groups reported a reduced feeling of anxiety, leading researchers to suggest this was a result of conscious self-monitoring.

Yes, much can be said about social media and its effects on our mental health, but there has been little proof to truly solidify its impact. Even the study done by the University of Pennsylvania was only over a few weeks. However, what much of the studies done over the years have shown is that excessive social media use has been shown to cause harm to one’s health. While you may not need to cut social media from your media consumption, it is important to definitely take a more active approach to limit how much time you spend on there and actively monitoring your thoughts when viewing content.

Feelings of depression, anxiety, and other mental illnesses can be troublesome and difficult to manage. It can be especially difficult to find the true cause of your issues without the help of a mental health counselor. A whole host of reasons or a combination of them, including social media use, can cause strain on your mental health. If you feel as if you are struggling to maintain your mental health, contact LifeWorks Counseling Center, where we help countless individuals navigate their complex conditions.